Keto and Gout: the Good, the Bad and the Bottom Line 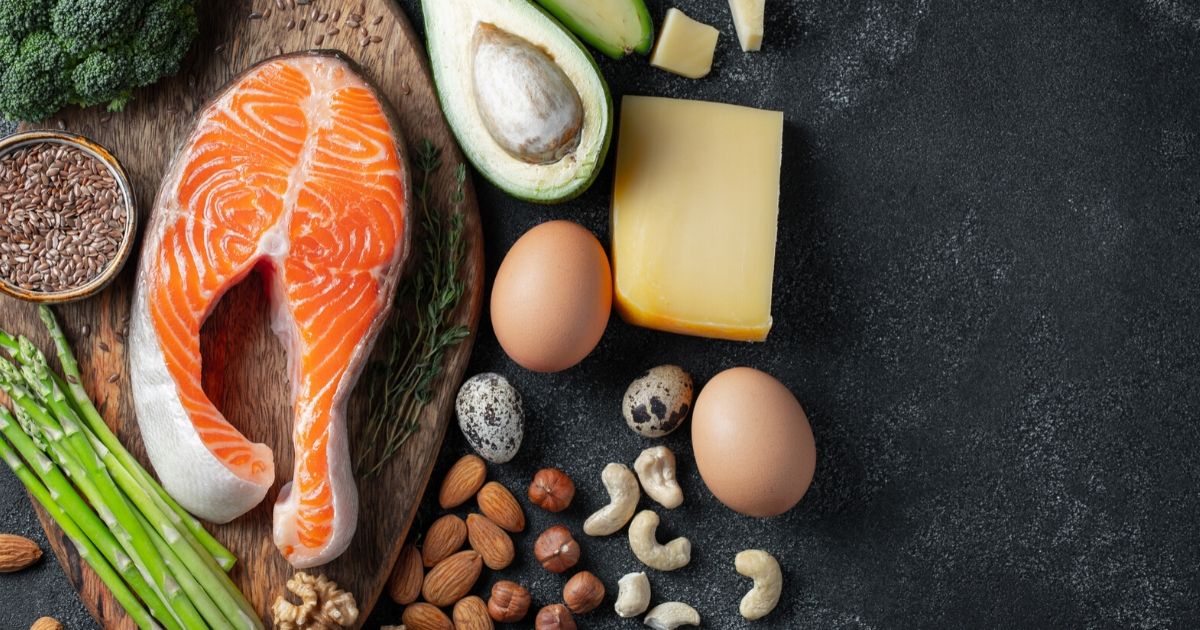 Keto and Gout: What Is the Keto Diet?

It seems that the keto diet is slowly gaining popularity in the mainstream health industry. Naturally, you’re probably curious about what this diet is all about and its role in gout sufferers. Here's everything you need to know about keto and gout.

Keto diet is a low carb, moderate protein and high fat diet originally designed to treat epilepsy in children. The belief is that keto allows you to burn fat instead of carbohydrates, which then leads the body into a state of ketosis. This was found to reduce the incidence of epileptic seizures in children.

These days, the diet is more than just that. People that follow the keto diet praise it for its health benefits, the main ones being weight loss, appetite control, lower blood sugar, better energy and mental clarity.

There are more potential benefits, but they are yet to be studied deeply. However, there are others who are skeptical of the keto diet because of its restrictive nature. Others liken it to the Atkins diet in the sense that it’s just a passing trend that won’t last long.

So, what does a typical keto diet look like?

It’s all about the macros.

Being on this diet changes the way your body converts food into energy. When you eat carbs, your body converts that into glucose. But because the body is not getting enough glucose from a keto diet, it uses fat as fuel instead. So, you are basically burning fat for energy instead of carbohydrates.

Is the Keto Diet Good for Gout?

Yes and no. At the moment, there is conflicting evidence on keto and gout. Some say it can be good for gout, while others think it’s a big no-no.

Why Keto Can Be Good

There was one study at Yale University which showed that ketosis helped affect a specific inflammasome that contributed to gout. It also showed that the diet helped reduce inflammation in the joints.

In addition, keto can help with weight loss. With gout, maintaining a healthy weight is extremely important. People who are overweight tend to have higher uric acid levels in their body.

Patients who tried the keto diet had an increased risk for gout flares in the first six weeks. The lack of dietary carbs forces the body to increase protein breakdown for energy. However, once the body started to adapt to a ketosis state, the risk for gout flares decreased and the effects remained neutral and sometimes even positive.

Another side effect of keto is that the body craves less sugar. Less cravings for sweet stuff means less risk of you experiencing a gout flare, since sugar is a known high-purine food.

However, for keto to be beneficial for gout, there needs to be some consistency. If you cycle through keto often, you’ll experience drastic swings in your uric acid, which can result in a gout attack.

Why Keto Can Be Bad

On the other side, there are people who are against keto because the diet consists of high-purine foods such as red meat and seafood. When consumed, they break down into uric acid which can accumulate and result in a gout attack.

There’s already been a reported increase of kidney stones in people who switched to the keto diet. Pair high meat intake with inadequate fluid intake and you have yourself a perfect recipe for kidney stones!

The keto diet can also be restrictive, meaning, you’ll have a bit of a hard time finding replacements for foods you’re used to eating. You can end up not eating the right amount of nutrients your body needs, for the sake of meeting the diet’s macros.

It’s already hard enough that you have to give up sugar and alcohol in a typical gout diet. It’s even harder if you have to restrict certain fruits and vegetables as well; only the strong-willed succeed.

There’s certainly nothing wrong with not being disciplined enough. But in today’s fast-paced world, the last thing you want to worry about is how many carbs a head of broccoli has and whether you can have it or not.

Life’s too short. It’s better to stick to the simple rule of eating whole grains, complex carbohydrates, and moderate protein and fat.

Can the Keto Diet Increase Your Risk of Gout?

Yes, it may. Again, because it is so high in purines, there’s potential for you to develop gout later on. But then again, other factors come into play such as your genetics, gender and weight.

If you have a family history of gout, are male and are overweight, regardless if you follow the keto diet or not, you will most likely develop gout later in life.

Thankfully, there are preventative measures you can take such as maintaining a healthy weight and eating a diet of healthy whole foods.

Should I Do Keto?

Extensive research is yet to be done on keto’s effect on gout, so it’s best to stick to a low-purine diet. It’s tried and tested and will not put you at risk for more gout flares.

No diet that’s high in animal protein can be that good for you. Sure, with keto, you’ll lose weight along the way because your body basically turns into a fat-burning machine, but at what cost? More visits to the doctor? No thanks!

For those who are still interested in the keto diet, it’s best to speak with your doctor and dietician first. They can provide you with the right recommendations and replacements, so you stay keto and at the same time not compromise your need to limit high-purine products.

Just remember, keto is already restrictive in itself. Put more limits on top of it and your head might go spinning! But that’s just me.

Please feel free to do your own research and tell me your thoughts about the keto diet and its effect on gout. I’d love to hear them!