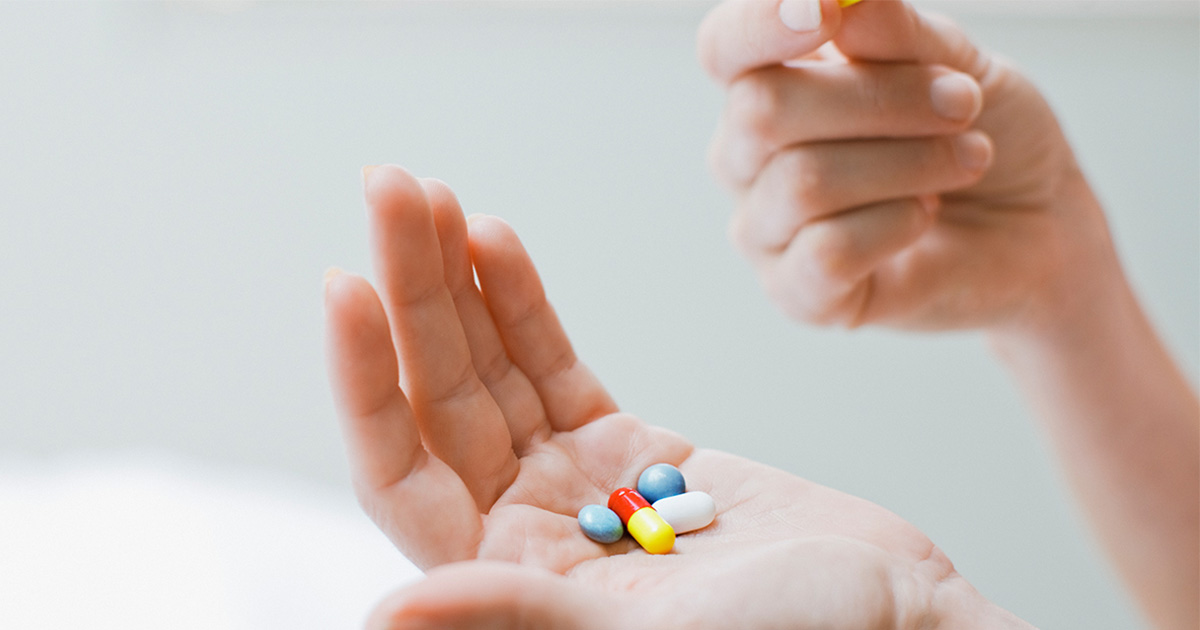 Sometimes and unfortunately treating gout (and any chronic condition) takes trial and error approach to figure out what perfect medication or combination of medications will work to treat the pain or prevent flare-ups from occurring.

When your physician rattles off different medications options at you, it all may be overwhelming and difficult to remember all of your options. Unless they’re discussing Tylenol, you’ve likely never heard of it before, right?

Here’s a short guide about gout medication options you may use when you're talking to your doctor about finding a treatment that's right for you.

Medications to Treat a Flare-Up and Reduce Pain

When you were first diagnosed, you probably remember that your gout pain was treated first, then you were placed on a daily medication to prevent gout attacks.

These gout medication options are also available to you when your gout flares up again.

NSAIDs can reduce pain and inflammation. They come in over-the-counter (OTC) varieties, such as ibuprofen (Motrin IB) and naproxen (Aleve) and prescription strength, such as indomethacin (Indocin) and celecoxib (Celebrex).

NSAIDs can also be prescribed in large doses, then tapered to a daily dose, to stop an acute attack of gout then prevent further doses from occurring.

Colchicine is a pain reliever that is specific for gout. It is prescribed during periods of gout flare up, in higher doses, then often titrated to a smaller dose and given daily to prevent gout recurrence in the future.

Corticosteroids (prednisone, amongst others)

Corticosteroids can be given in various forms, such as orally, injection into the joint, or intravenously.

They reduce inflammation and pain and are typically given to people who can’t take NSAIDs or colchicine, or those who don’t have good results with these medications because of their side effects.

Side effects may include mood swings, increased blood pressure, and blood sugar levels.

It is important to prevent gout from flaring up in the first place! Finding the right drug to help with this is essential.

Probenecid allows the body to remove uric acid from the body more effectively.

Lesinuard has a complex mechanism of action.

According to the Arthritis Foundation, it “increases excretion of uric acid by inhibiting a protein called urate transporter 1 (URAT1), which is responsible for the majority of uric acid reabsorption by the kidneys. It is used along with a xanthine oxidase inhibitor (XOI), such as allopurinol or febuxostat, to enhance the effects for people whose gout is not controlled by optimally-dosed XOIs alone.”

Meaning – it must be used in combination with allopurinol or febuxostat at all times.

Pegloticase is used only in the most severe cases of gout when all other treatment modalities have been exhausted – this is caused chronic refractory gout.

While pegloticase is known to lower uric acid levels quickly but it can also lose its effectiveness over time. It is given via an IV infusion every two weeks.

Keep in mind that while this list is comprehensive, it is by no means exhaustive. If you have other health conditions, your doctor will need to keep your comorbidities in mind while selecting your treatment plan and will have your best interest at heart.

This is meant to be a guide so that when you discuss your treatment with your doctor, you have a little bit of background knowledge.