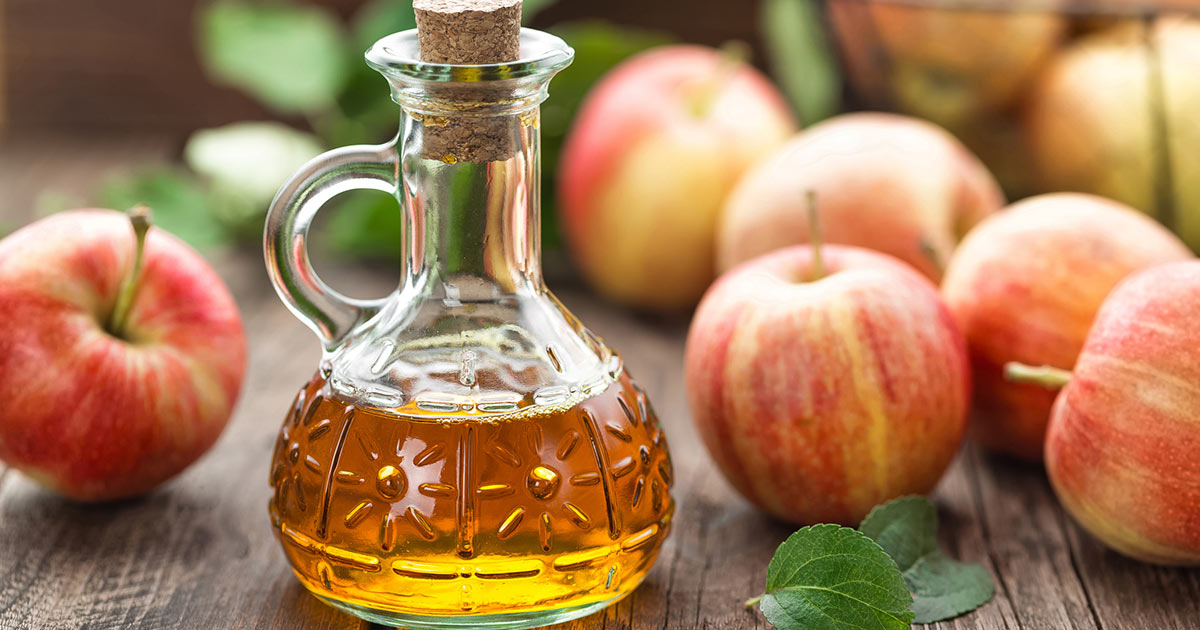 For those who don’t know, gout is a chronic pain in arthritis form caused by extreme pain in joints as a result of uric acid buildup. Uric acid is the chemical created after the body breaks down purines in the blood.

This chemical typically dissolves in the blood and then passed through the kidneys and urine but, if there’s too much uric acid in the body or the kidneys have a hard time filtering it out, it creates a buildup of sharp urate crystals in the joint or surrounding tissue.

The area where the uric acid buildup occurs can become swollen and red, and it can be very painful to move. Men are more prone to experiencing gout since they tend to have higher uric acid levels than women.

A gout attack can come without warning. It starts with a slight discomfort that lasts for days to a few months. The worst attack is when you feel an intense joint pain that even a minor touch feels extremely painful.

However, over the past several years, apple cider vinegar has become a mainstream treatment for common maladies, when it was once an alternative treatment.

What was once a folk remedy may now be a proven treatment for certain health conditions, such as diabetes.

An ongoing research study performed by Carol S. Johnston, associate director of the nutrition program at Arizona State University, states, "Vinegar appears to inhibit the enzymes that help you digest starch." This means that when eating carbohydrates in conjunction with vinegar, the glycemic response is decreased – according to Johnston, by as much as 20-40 percent in healthy people and in people with diabetes.

However, Johnston notes, "There is great marketing behind apple cider vinegar, and it works to lower the glycemic response, but it doesn't have to be apple cider vinegar." Any vinegar will do because it is the acetic acid in vinegar that achieves this response.

Keep in mind that this is one research study regarding diabetes and ACV. While the results are promising, this does not mean that you should stop taking your Metformin or insulin!

So, if ACV potentially has this potent of an effect on blood glucose control, how might it affect gout?

Apple Cider Vinegar for the Treatment of Gout

There is no research that I could find regarding the treatment of gout with ACV. A quick Google search elicited very few reputable websites, leading me to wonder, "Is ACV a treatment for gout?"

I did find one semi-reputable website, touting the health benefits of ACV for gout. Although the website is fraught with ads, it appears to be run by physicians, and they do not look to be selling anything, so the information presented may be legitimate.

Dr. Richard Foxx, an anti-aging specialist with a medical background in endocrinology, gynecology, and sports medicine, writes, "ACV contains antiviral, antibacterial, and antifungal properties. It is full of nutrients, like potassium, amino acids, calcium, and iron, which can help reduce toxin buildup and help rid the body of excess levels of uric acid… ACV breaks up the uric acid crystals and thwarts them from reforming in the joints by supporting proper blood circulation. It also promotes joint flexibility by reducing swelling and inflammation in the joints."

You May Also Like:Is a Knee Replacement With Gout Right for Me?
Related Search Topics (Ads):

What Is Apple Cider Vinegar and Its Role in Gout?

Gout can be managed by making a few fundamental lifestyle changes. One of them is using the popular home remedy that is apple cider vinegar. Created from fermented apple juice, ACV has been used as a treatment for several conditions.

The main ingredient that makes ACV effective for gout is the acetic acid which turns into alkaline once it’s inside the body. Uric acid crystals form in the body when it is acidic. By taking ACV, it helps to balance the pH environment thus disrupting the favorable environment that causes gout.

It’s also rich in malic acid which dissolves uric acid as well as potassium, iron, calcium, and amino acids that get rid of toxins and prevent toxin buildup. ACV aids in blood circulation and purification by breaking up the uric acid crystals preventing them from reforming in the joints.

Krystina Ostermeyer
Krysti is a practicing RN who also enjoys writing about health and wellness. She writes for a variety of NewLifeOutlook communities, as her ten years of nursing experience has enabled her to help many people with a variety of chronic conditions in her career. See all of Krystina's articles
More Articles by Krystina